To the JBSD Foundation:
My time at JCMU was actually my third trip to Japan – the first time being another study abroad experience, and the second time being a month I spent traveling the country in order to get over my fear of traveling. After both of those occasions, I was rushing back to the airport, desperate to get back home, eat tons of greasy food, and speak English to anyone and everyone I could. Now, as a Japanese language major at Eastern Michigan University, I knew I had to return to Japan, but I could not have prepared myself for having the desire to stay.
If not for the JBSD Scholarship, I could not have afforded to go to Japan in the first place. After deciding which semester I would attend JCMU, I saved up money for a year and a half. But then life happened, as it often does, and a medical emergency completely drained every dime I had saved up mere months before I would leave for Japan. I do not come from a wealthy family. I could not come up with several thousand dollars without taking out some kind of bank loan. The scholarship came like a miracle. It just happened to be the exact amount of money that I needed to pay the rest of the tuition. Without it, I don’t know what I would have done.
While in Japan, I crossed off every bucket list item. I pet deer in Nara, I visited Kishi Station where they have a cat as a station master, climbed an actual mountain, and met a wonderful Korean man whom I am now dating. At the beginning of the semester, I was pretty determined to get into Level 3 Japanese, but very quickly learned that retaking Level 2 was the best decision I could have made. Every class was challenging but not impossible, and I learned more Japanese in one semester than I probably have in two years of Japanese classes in America. The complete immersion into Japanese culture, from buying food at a supermarket to going to karaoke on the weekends to figuring out the train system, meant that the learning went far beyond the classroom. Not only that, but our Japanese senseis expected greatness. This was not casual learning. Every single day, we had to study hard, work hard, and practice, practice, practice. I’ve never been so challenged, and I loved it. I also discovered a potential job in the form of an internship I worked the whole semester. I have no desire to teach English in Japan, so I spent a lot of time looking for something else I could excel at. Japan loves using English words and phrases in a majority of their products, but very often that English is incorrect. In my internship, I worked with a tourist company to correct the English on pamphlet and in speeches, and then gave advice as to how the city of Hikone could become more tourist friendly to foreigners. That, I very much enjoyed, and I would honestly be interested in pursuing something similar as a career in the future once I finish my schooling.
The greatest shock of all came at the end of the semester: I wanted to stay. I wanted to stay at JCMU and learn even more. What came after that realization was a mad rush of paperwork and trying to find the money. I ended up Skyping my parents every day and basically selling half of my possessions in order to pay for the tuition, but I did somehow manage to pull it off. If you would have told me last year that I would spend eight months in Japan, I would have laughed. Even now that I’ve returned home, sometimes it doesn’t seem real. I almost went insane in Level 3 Japanese, I got stuck in South Korea for two weeks over Christmas, I spoke with my sensei every week for an hour in Japanese, and held a hedgehog for the first time my life in an actual Japanese hedgehog café.
Without the JBSD Scholarship, none of this would have been possible. I would have been unable to attend JCMU, unable to come to know the beautiful city that is Hikone, unable to meet
the fantastic students who are determined just like me to learn this fabulous language, unable to have this experience that has opened doors to relationships, job opportunities, and a greater understanding of the language, people, and culture that I am dedicating my life to study and learn.
From the bottom of my heart, Thank you.
~Demi Grivas 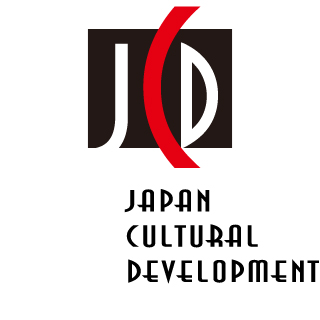